I commute from Brianza to Milan daily!! and my hea

------ CUT ------
Ernest Csuka, constructeur of Alex Singer bikes for many decades, died on December 22, 2009. He was 82 years old. Ernest Csuka was the last of a generation of great constructeurs, whose work in post-war France had shaped modern bicycles, with lightweight tubing, modern geometries, and many aluminum components which later found their way to racing bikes. Many of the bikes Ernest Csuka built have been ridden hard for decades, and still are ridden today. They combine light weight and a light feel with quality and durability.

Ernest Csuka trained as a pharmacist, but started working for his uncle, Alex Singer, in 1944, just
6 years after Alex Singer had opened his shop.
His brother, Roland, entered the shop around the same time.

The Singer shop already had a good reputation, both because Alex Singer was known as a strong rider, and because the nascent brand had presented the lightest tandem at the 1939 Technical Trials. Alex Singer expanded his reputation for excellence by winning the 1946 Technical Trials with perhaps the lightest cyclotouring bike ever built, a machine that weighed just shy of 7 kg (15.4 lbs.) fully equipped with fenders, lights (including a battery-powered standlight), racks, even the pump, but weighed without tires (lightweight tires were difficult to find just after the war).

Ernest Csuka introduced numerous innovations to Cycles Alex Singer, including the elegant stem with hidden binder and the matching internal expander seatpost. He introduced Singer to the Nivex derailleur, which shifted better and was more reliable then the commonly used Cyclo. He also researched the geometries that made Alex Singer bicycles handle so well.

Ernest was no mean competitor on the bike himself, winning several stages in the Tour de France Cyclotouriste and placing well in many other cyclotouring competitions, also with his wife Leone on the tandem.

In 1962, Alex Singer retired and Ernest Csuka took over the shop. It was a difficult time for bicycles, and in many years, only a dozen custom-built machines left the shop in Levallois.
Roland began to work for Renault, and only came in on Saturdays to work on a frame if there was one on order. As always, Ernest made the braze-ons, the racks, the custom stems and assembled the bikes. The shop kept above water by selling sporting goods in addition to bicycles.
Singers were favored by many randonneurs, and many of them were ridden in Paris-Brest-Paris and other famous events.

The 1970s saw a new popularity for cycling, and up to 120 frames and bikes were made in a year, but the 1980s saw new brands and new materials become popular. When Roland died in the mid-1990s, Cycles Alex Singer continued to potter along, with most orders coming from Japan. A few years ago, Ernest retired and handed the shop over to his son, Olivier. Custom bicycles have seen somewhat of a resurgence, with orders from France, the United States and Japan, but the output has remained small. When I last visited earlier this year, Ernest still came into the shop and worked on the bikes every day.

Ernest will be missed not only as an incredible fount of knowledge about cycling, but also for his wit, humor and friendship. Until he suffered a stroke in 2008, he rode his bike every Sunday, rain or shine, with his friends from the ACBO (Amicale Cyclotouriste de la Banlieue Ouest - Cyclotouring Friends of the Western Suburbs). I have been lucky to join him on many of these rides over the years, and not only marvelled at his mastery of the bike (even at age 80, he still had some of his famous sprint left), but also laughed at the many jokes shared by this tight-knit group of friends. "Nénès," as he was called by his friends, will be missed by all. As they say, they don't make them like this any longer. 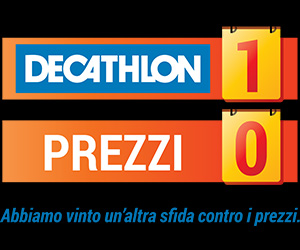